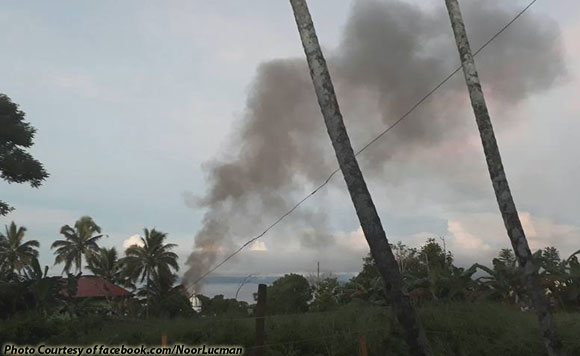 Even before Manila-based journalists flew to Marawi City, this politiko has been there reporting the ongoing clash at the sidelines.

Norodin Alonto Lucman, the former deputy governor of the Autonomous Region of Muslim Mindanao, has been updating the public of the ongoing firefight between government forces and the Maute group since Tuesday afternoon.

Be it from the top of Moncado Colony or from Icom Terminal, Lucman gave account on where there were gun battles and alerts if civilians were needed to be evacuated.

A major TV station even interviewed him to get his side after the reports of the civilians conflicted those of the local officials in Marawi.

“After fajr prayers, the start of another day of fighting. AFP will retake the city, come what may,” Lucman said.

Keep safe, sir. Journalists believe in the adage, “No story is worth dying for.”