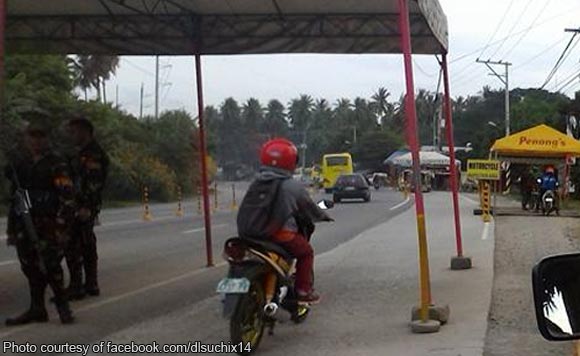 Davao City Mayor Sara Duterte-Carpio has urged the Dabawenyos to bear the “little inconvenience” that they have been experiencing with the implementation of the security measures in the city.

The local chief executive made the call during her State of the City Address Tuesday, October 2.

“I encourage everyone to propagate a mindset of safety and to always be cooperative. Let us bear this little inconvenience if only to ensure that we reach our destinations safe and sound,” she said.

Duterte-Carpio noted the beefing up of security in all the Davao City’s entry points.

She said that strict protocols for passenger and private vehicles passing thru checkpoints have been in effect.

“While these safety and security precautions certainly cause some personal inconveniences, we have received generally positive feedback on how the checks are being done,” she said.

Series of bomb explosions took place in some areas in Mindanao, such as Lamitan City in Basilan, Isulan in Sultan Kudarat, and General Santos City, during the past months despite the declaration of martial law in the region.