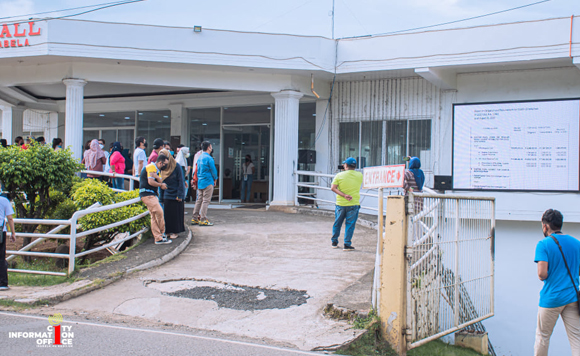 The Isabela City government has installed an e-Transparency Bulletin as part of good governance, Mayor Sitti Djalia A. Turabin-Hataman said.

The mayor, along with Vice Mayor Engr. Jhul Kifli L. Salliman, some members of the Sangguniang Panglungsod and City Government Department Heads, led the ceremonial switch-on of the LED wall Friday, October 22.

Turabin-Hataman underscored how the project was conceptualized and implemented with her administration’s unyielding commitment to transparency, accountability and efficiency as foundations of good governance.

Installed on the facade of the City Hall, the City e-Transparency Bulletin will primarily show how the City manages its financial resources in a bid to nurture the culture of “public service is a public trust,” she said.

City Information Officer Mendry-Ann A. Lim said that the LED wall was a realization of one of the main points of the Freedom of Information Ordinance of the city.

Another LED wall is slated to be set up in the Isabela City Plaza next year.