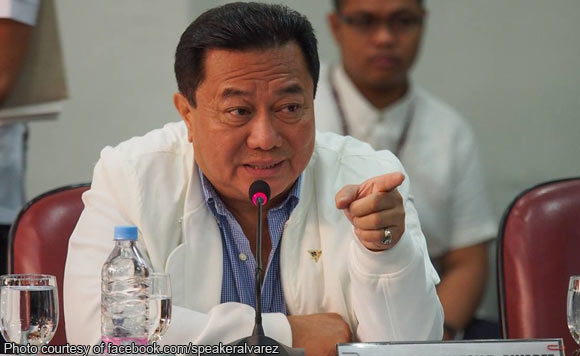 A transition government in preparation for federalism may last until 2022 if constitutional revisions are ratified by plebiscite on May, House Speaker Pantaleon Alvarez said.

Alvarez said in a radio interview on Thursday (January 4) that if Congress, convening as a constituent assembly, passes revisions to the Constitution and are ratified in a plebiscite by May, a transition government may be in place for four years, or until 2022.

In his envisioned transition government, senators, even those with terms expiring in 2019, will get to sit until 2022.

This is part of his desire to scrap senatorial elections in 2019, as he claims that if the polls continue, it may pose legal challenges to newly elected senators, whose terms would last until 2025, who may find no seats for them in a unicameral Congress.

Alvarez explained that the three year transition government for federalism would allow governors to be placed in newly created states, and would also allow for cities and municipalities to be regrouped under the states.

It also extended her term to noon of June 30, 1992 “for purposes of synchronization of elections.”

However, this transition to a federal government under proposed revisions to the Constitution are what people should be wary of, Magdalo Rep. Gary Alejano said.

“That transitory provision of a federal constitution is what the people should watch out for. Duterte would now be able to achieve absolute power, which he hoped for in a revolutionary government, legally,” Alejano said.

Alejano added that the current proposal for constitutional revisions has a transitory provision which dissolves Congress and grants the president power to enact laws until a federal assembly is constituted.

“The transition period, however, could last for years as what Marcos did in the 1973 Constitution’s transitory provision,” Alejano said.