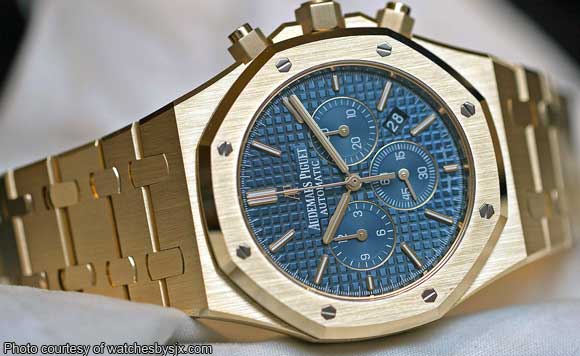 Davao City Vice Mayor Paolo Duterte has claimed that the luxury watch he was snapped wearing recently was just an imitation.

Facing reporters in Davao City Tuesday (September 12), Paolo took off what looked like an Audemars Piguet Royal Oak Offshore Chronograph and offered to have it sold.

“Pick it up and sell it. If it fetches P1.9 million, you divide the money among yourselves but if nobody would buy it, return it to me,” he told reporters.

Paolo then fished a similar watch from his pocket, which he said was also an imitation. He, however, said he did not buy it.

A photo of Paolo wearing what looked like a signature watch has been circulating online. The particular model of Audemars Piguet on his wrist reportedly sells for $38,500 or about P1.92 million.

Senator Antonio Trillanes IV has accused Paolo of involvement in anomalies inside the Bureau of Customs, including smuggling.

Para mapahiya! Paolo Duterte to show back tattoo when Trillanes falls ‘to the ground’

One down; Suspected drug lord arrested in Koronadal