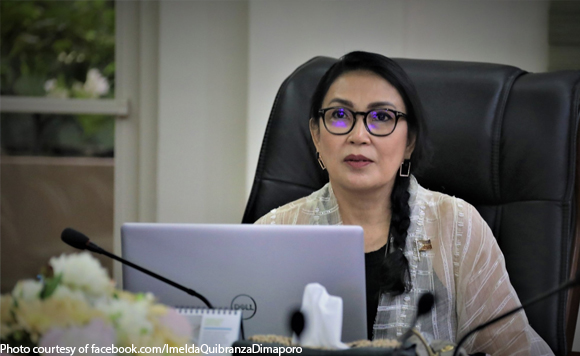 Lanao del Norte Governor Imelda “Angging” Quibranza-Dimaporo said the construction of the Panguil Bay Bridge (PBB) is finally becoming a reality as the Korean project contractor will set up its operation office and batching plant in the province.

Dimaporo recently met with the Namkwang Engineering, the Korean contractor for the PBB project.

The provincial government said Dimaporo and the Namkwang representatives have agreed that the concrete batching plant and offices of the project will be located at the former Agora terminal fronting the MCC Hotel.

“The Panguil Bay Bridge has been a long-standing dream of the people of Lanao del Norte. It was conceptualized during the time of my late father and it is finally becoming a reality during the Duterte administration,” the governor said.

Dimaporo sees to it that the development of the PBB project goes smoothly as she personally checks for updates, the provincial government said.