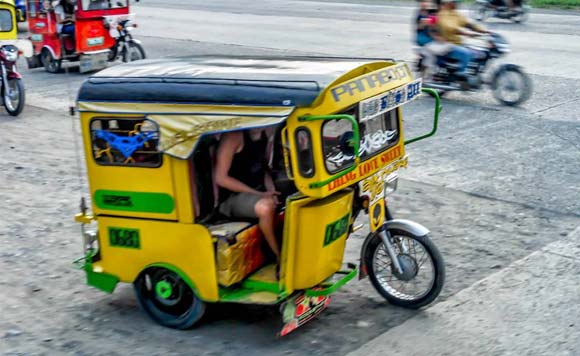 Panabo City Councilor Datu Ariel S. Macla has underscored the need to address the issue about the tricycles plying on national highway.

In a privilege speech, Macla, Ex-officio City Councilor and Chairperson of the Committee on Transportation and Energy, said a committee hearing will be held on January 9 to discuss the advisory of the Department of Interior and Local Government (DILG) on the tricycle/pedicab operating on national highways and that of City Ordinance 31-17 or the Revised Traffic Code.

DILG’s Memorandum Circular 2007-01 provides that for safety reasons, no tricycle or pedicab and pedaled public utility should operate on national highways. If there are no alternative routes, the tricycle shall ply on the outermost lane of the highway.

Macla noted that the City Ordinance covers the same provisions.

“Yet, there still seems to be a misperception in the implementation of our crafted local ordinance that affects our current Code,” he said in the privilege speech during the first regular session of the 7th City Council in 2019.

He asked the 7th City Council to refer the Advisory of the DILG to the appropriate committee.

“I am compelled to iron out this pressing matter to consequently comply with the advisory issued by the DILG Regional Office,” the official stressed.

Rebellion without a rebel? No arrests show they’re still out there – Panelo on martial law extension