Paldo! Mindanao to get $1-B Qatari investment thanks to Duterte trip, says Lopez 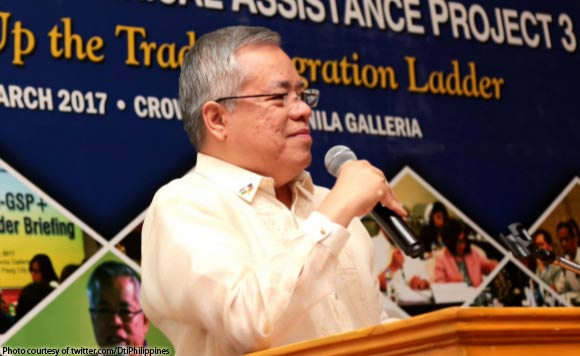 Mindanao will be getting a cool $1-billion sovereign investment fund from Qatar, Department of Trade and Interior (DTI) Secretary Ramon Lopez said on Monday, April 17.

This is in wake of President Rodrigo Duterte’s visit to the Middle East last week.

Lopez said Qatar and the Philippines signed on the morning of April 16 an Investment Protection and Promotion Agreement (IPPA) to facilitate the $1-billion investment of the Qatari government in the country.

Investments will be for developmental projects in Mindanao, particularly in areas of agriculture and infrastructure. Duterte hails from the region and is a former longtime Davao City mayor.

The IPPA will also identify other investment opportunities in the country.

“Basically, (it) provides internationally recognized investor rights and safeguards. Qatar investors will be (treated) fairly and will not be disadvantaged,” Lopez added.

The IPPA from Qatar is on top of the $925-million investment prospects signed during Duterte’s Middle East swing.

Lopez was among the government officials who accompanied Duterte in his trip, which also included stops at Saudi Arabia and Bahrain.