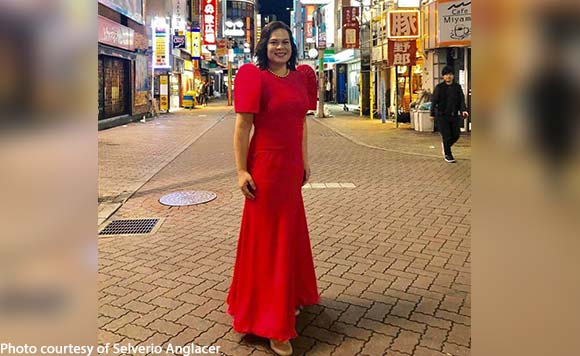 0 399
Share
Want more POLITIKO News? Get the latest newsfeed here. We publish dozens and dozens of politics-only news stories every hour. Click here to get to know more about your politiko - from trivial to crucial. it's our commitment to tell their stories. We follow your favorite POLITIKO like they are rockstars. If you are the politiko, always remember, your side is always our story. Read more. Find out more. Get the latest news here before it spreads on social media. Follow and bookmark this link. https://goo.gl/SvY8Kr

The presidential daughter will also represent the President at the banquet to be hosted Wednesday night, October 23, by Prime Minister Shinzo Abe in honor of the invited heads of state and representatives of other governments, Presidential Spokesperson Salvador Panelo said in a statement.

Duterte immediately returned to Manila on Tuesday night after attending the Emperor’s enthronement ceremony due to the unbearable pain on his pelvic region after his fall from a motorcycle on October 16.

“The Office of the President wishes to relay its gratitude to Mayor Duterte for stepping up and properly and elegantly representing the country in the President’s stead as the latter was constrained to leave Tokyo for Manila earlier that evening,” Panelo said.

He also described Duterte-Carpio for being an “eye-catcher” in her pink terno during the imperial banquet.

Panelo said the mayor was also able to meet and talk with Emperor Naruhito and his wife Empress Masako, as well as with Abe.

During the Imperial banquet, Duterte-Carpio also spent time to chat with other world leaders, assessing the event as an opportune time to network and mingle with them, he added