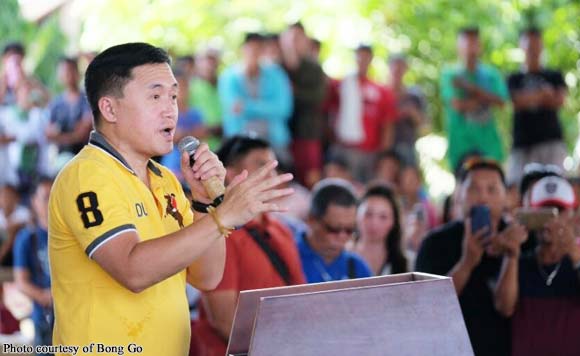 Go gave an update about the President’s health a day after he returned from Japan to see a doctor.

The senator said Duterte’s muscle spasm was caused by the fall he suffered after riding a motorbike last week.

Duterte flew immediately back to the Philippines Tuesday (October 22) after witnessing Emperor Naruhito’s enthronement after he complained of “unbearable pain” in his spinal column, near the pelvic area.

Go said Duterte went to the doctor after visiting the wake of the late Senate President Aquilino “Nene” Pimentel Jr. upon his arrival.

The senator said Duterte was prescribed painkillers and rest. In particular, he said the President was told not to spend too much of his time standing.