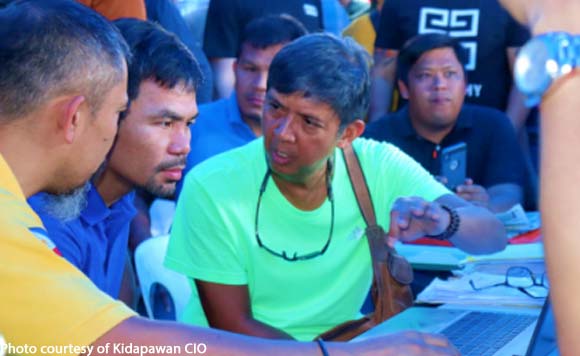 While there, the senator was briefed on the extent of damage the tremors have brought to the city.

Evangelista has sought help from the Mindanao senator in rebuilding the city.

“You could assure of my help in rebuilding Kidapawan City,” Pacquiao said in his meeting with the mayor.

After Barangay Ilomavis, Pacquiao proceeded to Makilala and other areas hardest hit by the calamity and also extended help to quake victims. (PNA)

P34M Cabatangan evacuation center to be completed by Q1 – official

Throwback: Check out the Duterte family, nineteen years ago