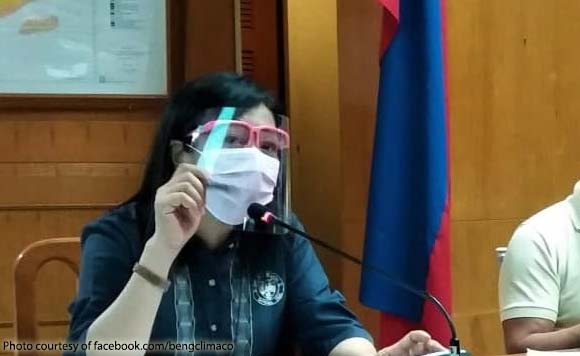 ZAMBOANGA CITY – The city government has sought the intervention of the Inter-Agency Council Against Trafficking (IACAT) to investigate the mass departure of Badjaos to Manila.

In her letter to Department of Justice (DOJ) Undersecretary Emmeline Aglipay-Villar, in charge of IACAT, on Wednesday, Mayor Maria Isabelle Climaco-Salazar also requested the council to provide a long-term solution to protect the interest of Indigenous Peoples (IPs).

Salazar said Thursday she made a similar request to Social Welfare Secretary Rolando Bautista, the Cabinet Officer Responsible for Development and Security (CORDS) for the Zamboanga Peninsula.

She expressed concern that the Badjaos may be victims of exploitation and trafficking by unscrupulous individuals.

Salazar noted that government authorities on June 4 rescued at the Manila North Harbor a total of 303 Badjaos from this city and Basilan province from possible violations of Republic Act (RA) 9208, also known as the Anti-Trafficking in Persons Act of 2003, as amended by RA 10364 and RA 7610, or the Special Protection of Children Against Abuse, Exploitation, and Discrimination Act.

Of the 303 rescued Badjaos, 237 arrived here Wednesday night via a 2Go vessel.

The regional social welfare office provided them shelter, hot meals, and other services after they underwent a swab test upon arrival at the local port.

Seventy-eight of them who are residents of barangays Kasanyangan and Rio Hondo, were turned over to the City Social Welfare and Development Office, headed by Ma. Socorro Rojas.

Salazar said the Badjao exodus to Manila on June 4 had the largest number of people and was not the first to happen this year.

Similar incidents were recorded on April 27 with an undisclosed number of people; May 5, with nine adults and nine minors; and May 30, with three adults and three minors.

“It is highly unusual for a very large group of Badjaos to be suddenly in an exodus from Zamboanga to Manila,” Salazar wrote in her letter to Villar. “The lives of these Indigenous Peoples are in our hands and we have to look for an immediate and lasting solution.”

She added that being an advocate and champion of the rights of every individual, “we both share the same aspiration to protect their best interest.” (PNA)