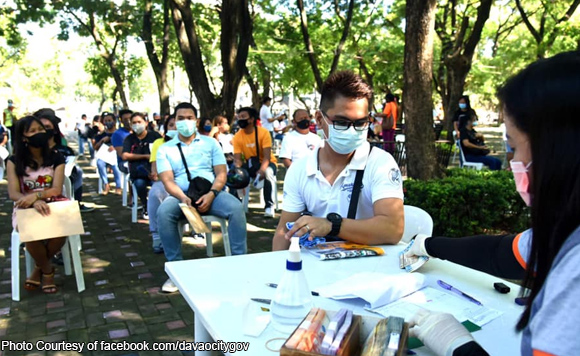 Over 800 Dabawenyos, who lost their income during the anti-coronavirus restrictions, received Tuesday, July 14, their salary in the “Work for Davao” program.

The Davao City government released P3,290,760 in funds for the first payout of the 831 first batch of the program, Norman Baloro, head of the Work for Davao program, said.

During the payout at the People’s Park, Baloro said minimum health protocols were observed for everyone’s safety.

He said the second batch of beneficiaries ended their tenth day of work on July 14 and is expected to receive their pay next week.

Work for Davao is an emergency employment cash-for-work program funded from the P169,944,000 Local Government Support Fund downloaded from the Department of Budget and Management (DBM).

A total of 1,612 applicants were qualified for the second batch of the program; 1,773 for the third batch; and, 3,022 for the fourth batch. Another 1,874 qualified applicants will be announced Wednesday, July 15, on the Work for Davao Facebook page and to start working on July 20 to July 31, Baloro said.

Around 18 batches are still up for evaluation for Work for Davao cash-for-work program.