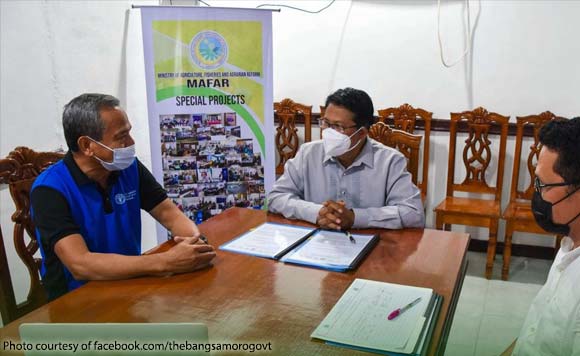 Some 520 farmers and fishermen in three island provinces of Basilan, Sulu, and Tawi-Tawi will undergo Technical-Vocational (Tech-Voc) skills training, the Bangsamoro government said.

This was after the Ministry of Agriculture, Fisheries, and Agrarian Reform (MAFAR) through MAFAR Minister Mohammad Yacob and Food and Agriculture Organization of the United Nations (FAO-UN) through Project Team Leader Ruben Miranda signed recently a P4.7-million Letter of Agreement (LOA) under the project entitled “The Project for Agricultural Training for Establishment of Peace in Mindanao.”

Funded by the Government of Japan, the project is geared towards capacitating farmers and fishers’ skills in production techniques and adaptive practices to sustain agri-fishery sector in the islands.

It is projected to conduct 26 training batches of farmers and fishermen, who will be trained on agriculture and horticultural courses, including basic agri-entrepreneurship, livelihood, and skills training.