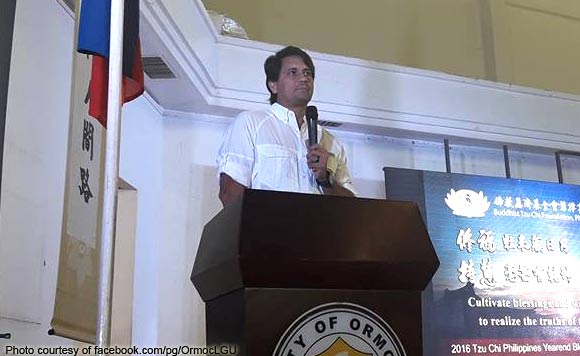 0 186
Share
Want more POLITIKO News? Get the latest newsfeed here. We publish dozens and dozens of politics-only news stories every hour. Click here to get to know more about your politiko - from trivial to crucial. it's our commitment to tell their stories. We follow your favorite POLITIKO like they are rockstars. If you are the politiko, always remember, your side is always our story. Read more. Find out more. Get the latest news here before it spreads on social media. Follow and bookmark this link. https://goo.gl/SvY8Kr

With the appointment of Tacloban Mayor Cristina Gonzales-Romuldez as Regional Development Council (RDC) chair, Ormoc Mayor Richard Gomez said he will be lobbying for several high-ticket projects for his city.

In a statement, the actor-turned-politiko said these projects include access roads, bridges, reclamation sites, and housing for the poor.

Gomez added he will also ask the RDC support to invite more investors in the city’s sugar farms.

The Ormoc mayor also extended his congratulation to Romualdez for the latter’s appointment as the new head of the region’s highest policy-making body.

Gomez said he respects the decision of President Rodrigo Duterte to appoint Romualdez.

“She’s the choice of the President and who am I to oppose it? We have to respect that. What we can do now as mayors and leaders is to support the new RDC chair on her plans for the region,” he added.