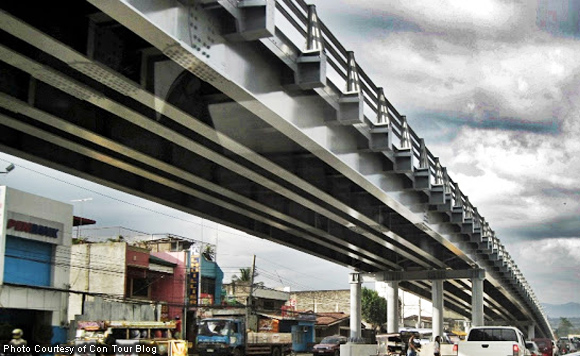 0 166
Share
Want more POLITIKO News? Get the latest newsfeed here. We publish dozens and dozens of politics-only news stories every hour. Click here to get to know more about your politiko - from trivial to crucial. it's our commitment to tell their stories. We follow your favorite POLITIKO like they are rockstars. If you are the politiko, always remember, your side is always our story. Read more. Find out more. Get the latest news here before it spreads on social media. Follow and bookmark this link. https://goo.gl/SvY8Kr

Archtects and civil engineers are reportedly opposing the construction of the P4-billion flyover in Butuan City, saying it will only be a waste of money.

Local broadcaster Salvador “Buds” Cupin told Politiko that there’s widespread opposition over the project, which is being pushed by Mayor Ronnie Vicente Lagnada.

Cupin, who filed a graft case against Lagnada and other local offcials over the construction of the P253-million Butuan City Polysports Complex, said building a flyover is not the solution to the traffic jams being experienced in Butuan.

He said the local government could’ve instead built new roads as alternative to the main highways where vehicles pass through in order to save money.

The first phase of the Butuan flyover will start in the vicinity of Baan until Robinson’s Place Butuan. It spans about 4.3 kilometers. The second phase will extend the flyover until Bancasi.

Construction of the flyover is expected to start in 2020.

Cupin said the Department of Public Works and Highways (DPWH) has increased the budget for the construction of the flyover’s first phase from the original P1.6 billion to P2.1 billion.

Questions, however, linger on which company was tapped to build the flyover.