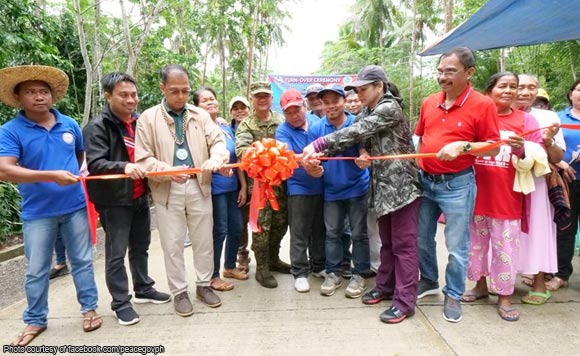 Presidential Peace Adviser Carlito G. Galvez, together with the local government officials of Agusan del Norte, has turned over two projects in once conflict-affected areas in the province.

“These projects are a testament that genuine peace and development can be achieved if we unite and work together,” Galvez said.

According to the Office of the Presidential Adviser on the Peace Process (OPAPP), the two road projects are part of PAMANA’s multi-year implementation for 2017. In particular, they will benefit the communities of barangays Bangayan, San Antonio and Tagbongabong which have a combined population of 5,422.

“These projects are designed to boost the trading of farm produce, facilitate the faster movement of people and goods, and provide increased access to basic services that will usher sustainable economic growth in remote, underdeveloped areas,” OPAPP said.

Travel time which took hours before has now been reduced to 30 minutes, it said.

Marawi LGU says local polls in May to take place