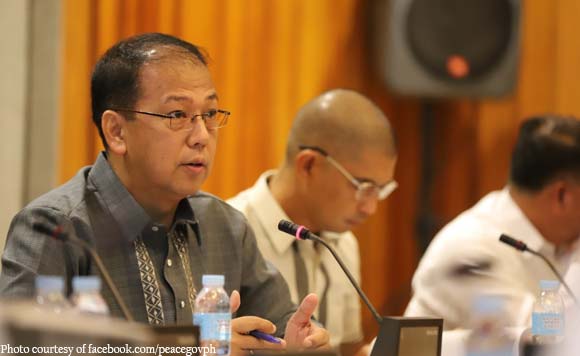 0 153
Share
Want more POLITIKO News? Get the latest newsfeed here. We publish dozens and dozens of politics-only news stories every hour. Click here to get to know more about your politiko - from trivial to crucial. it's our commitment to tell their stories. We follow your favorite POLITIKO like they are rockstars. If you are the politiko, always remember, your side is always our story. Read more. Find out more. Get the latest news here before it spreads on social media. Follow and bookmark this link. https://goo.gl/SvY8Kr

“Now, if the other armed groups will see the fruits of this process, I believe they will be encouraged to join in the decommissioning process,” he said.

Aside from the various Moro fronts whose members still bear weapons, there are still other armed groups operating in Mindanao such as private armies, communist insurgents, and extremist organizations.

Galvez said the main goal of the government is for non-state armed groups to become irrelevant in the country.

He said that based on his informal conversations with representatives of these armed groups, some of them have already expressed their desire to be part of the decommissioning process.

“The willingness to give up their firearms is already a sign that they want to change their lives,” he said.