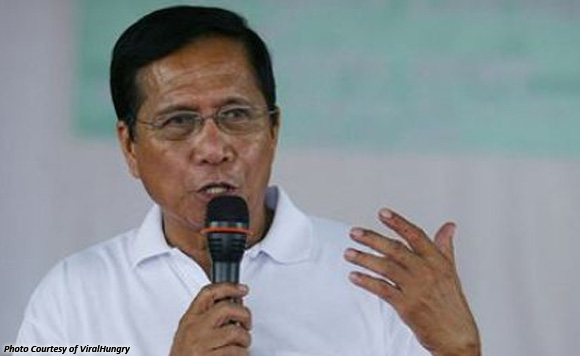 A new facility for the Mindanao Trust Program (MTP) is being worked out by the Office of the Presidential Adviser on the Peace Process (OPAPP).

This was disclosed by OPAPP Secretary Jesus Dureza in a statement Tuesday, April 18.

MTF is funded by the World Bank and other international donors.

Dureza said the new facility will not only cover the Bangsamoro but also the Communist Party of the Philippines-New People’s Army-National Democratic Front (CPP-NPA-NDF), to build confidence even if there is no final agreement yet with the latter.

The OPAPP chief said the MTF is a successful program in Bangsamoro areas that can also be copied in other places affected by communist insurgency.

He said the plan is now being worked out, adding that the NDF already accepted the proposal and created a committee to focus on the short and medium-term development strategy for insurgency-affected areas, spearheaded by NDF consultant Luis Jalandoni.

The MTF has funded programs and projects that promote economic opportunity, provide access to basic services and build greater understanding and cooperation among community members in conflict-affected areas.

The European Union, which is the biggest contributor to the MTF, Sweden, Australia, Canada, the United States, New Zealand and the World Bank have provided PHP1.4 billion to support socioeconomic recovery in Mindanao. Of the total funds, EU provided P1.17 billion to the facility.