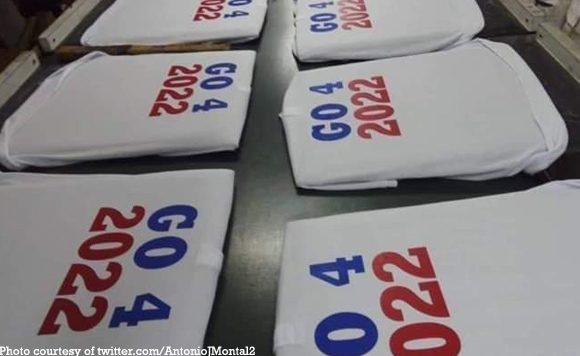 These netizens cannot even!

When it comes to early campaign efforts, Twitter netizens are really not having it. On Twitter, one photo of shirts with Bong Go 2024 printed all over, drew flak from Twitter netizens.

“The next president of the Philippines has began his campaign”, a certain Antonio Montalvan wrote on his Twitter account, long with a photo of the said white shirts. The post circulated on Twitter and easily caught the attention of some netizens, lambasting the early campaign move.

“He isn’t going to win. If ever he does, that’s another unfortunate sin we commit as people”, one netizen wrote.

“There goes your taxes”, another netizen added.

Sen. Bong Go, however, has not yet issued official statement on said shirts.

The next president of the Philippines has began his campaign. pic.twitter.com/08JNiI7ZTc