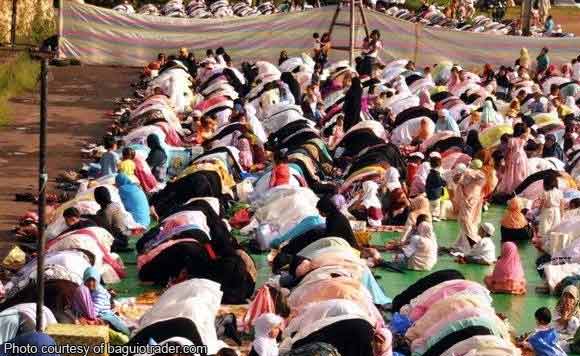 In his message, Ebrahim prayed that the celebration of Eidul Adha would bring the families and communities together despite the coronavirus disease pandemic.

“If there is one thing that we learned all throughout the ongoing global pandemic, it is the fact that we are bound to stick together even if we are physically distant with one another,” he said.

“Just like those who were here before us, we have to remain faithful in Allah’s plan and trust in His will while continuously praying that better days await us,” Ebrahim said.

“In similar vein, I ask our people to remain faithful and obedient to the Bangsamoro government, to the leadership of the Moro Islamic Liberation Front and to all those reposed with authorities, especially in the commandment of good (ma’ruf) and prohibition of evil (munkar),” he stressed.