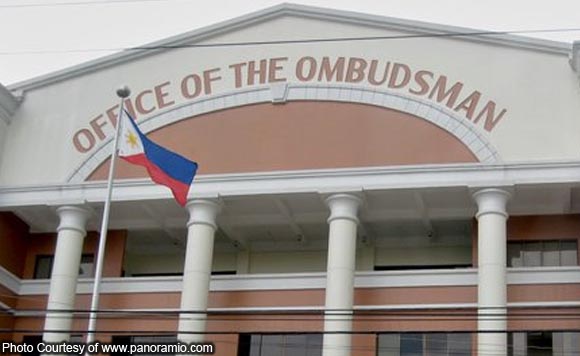 MANILA — Ombudsman Conchita Carpio Morales has ordered the Secretary of the Department of Finance (DOF) to suspend Dapitan City treasurer Medelyn Pacatang for one year without pay after she was found guilty of two counts of simple misconduct, two counts of violation of reasonable office rules and regulations, and gross insubordination.

In case the penalty of suspension can no longer be implemented due to separation from service, the penalty is convertible to a fine equivalent to the respondent’s one year salary.

In its probe, the Ombudsman found that the respondent patently declined to pay the salaries of two newly-appointed personnel despite the directive of Dapitan City Mayor Rosalina Jalosjos.

In her defense, Pacatang justified the refusal to process the salaries in view of her own interpretation of the Civil Service Law and Rules, particularly the Revised Omnibus Rules on Appointments and other Personnel Action.

The respondent also refused to follow the mayor’s directive for all city government employees to use the biometric machine system, attend the flag-raising ceremony, and wear the prescribed office uniform.

In its ruling, the Ombudsman said Pacatang’s adamant refusal to pay the salaries of the employees without justifiable reason and her mere reliance on her misguided interpretation of the civil service rules “is a clear defiance and violation of the established rules, which constitute Simple Misconduct, in the absence of the elements qualifying the same to Grave Misconduct.”

The Ombudsman also ruled that failure to attend flag ceremony and wear the prescribed uniform constitute a violation of reasonable office rules and regulations.

By 240-27 vote, Congress extends martial law in Mindanao by one year