Ombudsman ‘not privy’ on smuggling allegation vs nephew 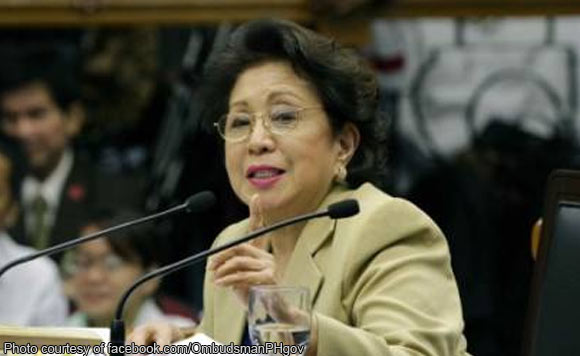 Ombudsman Conchita Carpio Morales on Tuesday said she is “neither privy nor updated” on the activities of his her relatives in Davao, following the allegations that his nephew, Mans Carpio is involved in the smuggling of P6.4 billion-worth of shabu from China.

Carpio is the husband of Davao City Mayor Sara Duterte. He is also the son of the Ombudsman’s brother Atty. Lucas Carpio, Jr., husband of Court of Appeals Justice Agnes Reyes Carpio.

Morales also told reporters that she inhibits from issues that may lead to cases against President Duterte, but she assured the public that cases filed versus her own relative “will be dealt with as with other similar cases… according to the applicable law and the evidence.”

On Tuesday, Senator Antonio Trillanes IV and an official in the Bureau of Customs mentioned in the Senate investigation that Carpio visited the office of former customs chief Nicanor Faeldon multiple times.

According to Trillanes, Carpio’s visits to the BOC prove his involvement in the smuggling, along with presidential son and Davao City Vice Mayor Paolo Duterte.

Carpio took to social media to deny the senator’s allegations.