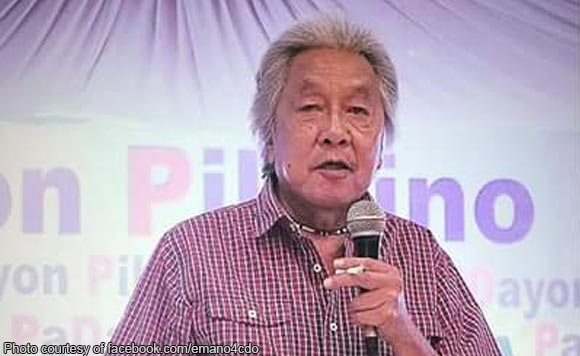 The Sandiganbayan has absolved former city mayor Vicente Emano over illegal acts by demoting an administrative officer into a security guard, a legal counsel said.

Lawyer Francis Khu said the Sandiganbayan cleared Emano of graft charges lodged by Leonor Esparcia, who accused Emano of persecution following her demotion from Administrative Assistant III to a city library watchman when Emano was mayor in 2013.

Esparcia said Emano violated Republic Act 3019 or the Anti-Graft and Corrupt Practices Act, as well as the the Civil Service Law for refusing to reinstate her despite an order from the Civil Service Commission.

In Emano’s defense, Khu said their camp argued that the former mayor was not liable in refusing to reinstate Esparcia due to the election ban.

“If you remember early in 2013 was an upcoming election. So, everything was frozen including the mayor and all other officials and personnel, they cannot make any movement including reinstating Esparcia,” Khu said in a statement released to the media on Oct. 13.

In an earliler decision, the Office of the Ombudsman found probable cause to file a criminal case against Emano for demoting Esparcia.

Ombudsman Conchita Carpio-Morales ordered the filing of violation of the Revised Administrative Code of 1987 against Emano.

Emano, who sat as mayor for 12 years and vice mayor for three years, ran but lost against incumbent Mayor Oscar Moreno in the 2013 and 2016 elections. (PNA/Jigger J. Jerusalem)

Siao: School kids should be taught how to swim