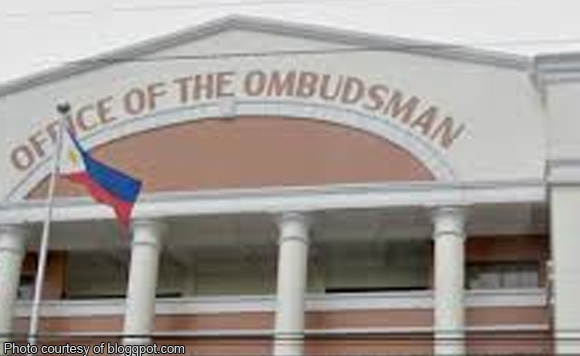 Ombudsman Conchita Carpio Morales has ordered the filing of a petition to initiate forfeiture proceedings against the estate of former Maguindanao Gov. Andal Ampatuan, Sr. and his wife Bai Laila Uy Ampatuan for properties acquired in 2002, 2003, 2005, 2006 and 2007 amounting to P54,965,526.88.

After conducting a lifestyle check, Ombudsman probers found that the politiko’s wealth “is manifestly out of proportion to respondent’s salary as former Governor of Maguindanao and to their other lawful income and income from legitimately acquired properties.”

However, the Ombudsman found that Ampatuan failed to declare 15 real estate properties located in Cotobato and Davao cities, with a total declared value of P55,134,283.10.

Likewise, the former governor failed to declare 25 vehicles, 10 of which were paid in cash by the Ampatuans.

The Ampatuans also failed to declare ownership of 23 firearms valued at P3,838,000.

The criminal charges for perjury, falsification of public documents, violation of Section 8 of Republic Act No. 6713, or the “Code of Conduct and Ethical Standards for Public Officials and Employees”, and violation of Section 7 of RA No. 3019, or the “Anti-Graft and Corrupt Practices Act”, the same were dismissed on account of Ampatuan’s death on July 17, 2015.

In a joint resolution approved on December 23, 2016, Morales said “under Section 2 of Republic Act 1379, whenever any public officer or employee has acquired during his incumbency an amount of property which is manifestly out of proportion to his salary as such public officer and to his other lawful income and the income from legitimately acquired property, said property shall be presumed prima facie to have been unlawfully acquired.”

As part of defense, the Ampatuans “challenged the Ombudsman findings and reiterated that the properties he allegedly owns were either registered in the name of another person or lacked evidence to support the claimed ownership thereof.”

The respondents also defended themselves saying that Ampatuan’s father “was an affluent man” from whom “he inherited several properties.”

Ampatuan also claimed the firearms “were given by friends, relatives and political allies through the years without monetary consideration.”

Morales dismissed their defenses and ruled that “there is clear and convincing evidence that Ampatuan accumulated wealth manifestly disproportionate to his lawful and legitimate income for 2002, 2003, 2005, 2006, and 2007, and he and his family failed to lead modest lives appropriate to their positions and income due to their extravagant and ostentatious display of wealth.”

Morales added “Ampatuan’s death does not operate to extinguish his liabilities under R.A. No. 1379 and the government is not precluded from recovering his unexplained wealth. Notably, a petition for forfeiture may still be filed against his estate.”