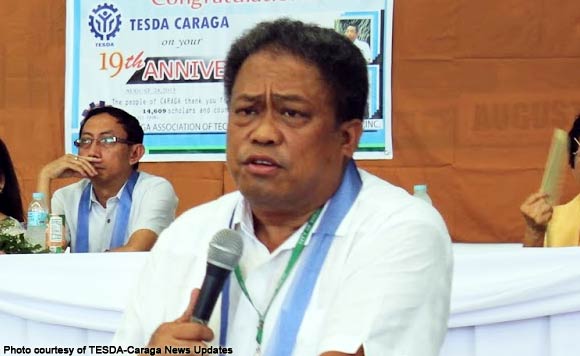 Bislig City, Surigao del Sur Mayor Librado Navarro has been dismissed by the Office of the Ombudsman over his involvement in the alleged anomalous purchase of a hydraulic excavator worth P14.75 million.

The Ombudsman has issued a resolution which found Navarro guilty of grave misconduct for the purchase of the hydraulic excavator in 2012.

Apart from dismissal, Navarro was also meted with accessory penalties of cancellation of eligibility, forfeiture of retirement benefits and perpetual disqualification for reemployment in the government service.

Citing a Commission on Audit (COA) evaluation report, RDAK Transport Equipment Inc. which supplied the hydraulic excavator in July 2012 was found to have been awarded the project despite non-compliance with the technical specifications concerning the engine power, bucket capacity and operating weight.

Also, the COA found out RDAK did not truthfully present the specification of the Komatsu unit in its bid.

Because of this, the COA issued a Notice of Disallowance on October 2012.

The Ombudsman said in its decision “the TWG’s manipulation of data in its report; the award of the supply contract to RDAK despite the fact that it did not truthfully present in its bid the Komatsu PC200-8’s specifications, and the bidding was a failure as none of the bidders’ proposals were responsive; coupled with respondents going for RDAK’s less superior unit notwithstanding its glaringly higher price, all show respondents’ bad faith and manifest partiality toward the said supplier.”

“By respondent’s concerted acts clearly favoring RDAK, they accorded it the benefit, advantage and preference it did not deserve. Such acts are clearly willful in character and evince respondents’ flagrant disregard of their duty to protect the public interest,” it ruled.