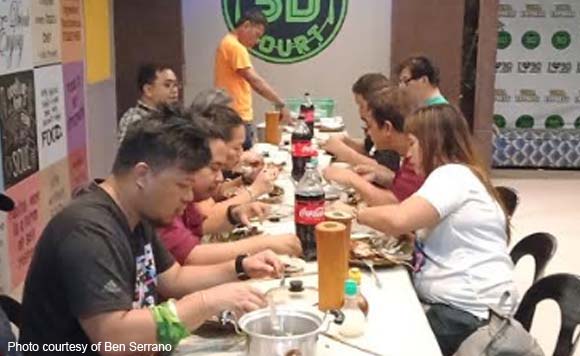 BUTUAN City- The New People’s Army decided to cancel at the last minute a “gathering” of its leaders, family members, friends, NGOs, community people and selected newsmen scheduled at 3 a.m. on December 30.

During a phone-in news conference held here Butuan City at around 7 p.m. Dec. 29, “Ka Oto” claimed “heavy presence” of government troopers at the supposed venue prompted him and other NPA unit leaders to cancel the peace talks with community leaders.

“The gatherings were supposed to be also some sort of late celebration of the 51st year founding anniversary of the Communist Party of the Philippines/New People’s Army which will be held at Barangay Lahi, Gigaquit, Surigao del Norte scheduled morning of December 30” Ka Oto said.

Ka Oto claimed government troopers from 30th IB Philippine Army began arriving in the town as early as Saturday, December 28, and have “cordoned” the area where the rebels and community people were supposed to hold the gatherings. .

“The military are swarming the area, they are everywhere and established checkpoints which forced some of our invited visitors to decide not to proceed anymore. Its very dangerous, that’s why I advised everybody including the media not come anymore. Its almost like harassing our visitors, everybody here” Ka Oto alleged.

“They established food blockade and confiscations that’s why very dangerous for you media to come” Ka Oto added.

Ka Oto warned of the dangerous situation in the area where rebels and soldiers were on a “stand-off” but he did not elaborate.

The Armed Forces of the Philippines earlier warned local government units not to host any activity related to the 51s founding anniversary of the CPP on December 26.

The motorcycle drivers who were halted at the checkpoint told the government troopers that they were instructed to bring the items in Sitio Bay-ang, Barangay Lahi, Gigaquit, Surigao Del Note.

“The government troops are determined to end the local armed conflict in Caraga. We appeal to the active members of the CPP-NPA to lay down their arms and join their families in the mainstream society,” says Caraga Police Regional Director Esquivel.

Pacquiao family goes on a snowy vacay in Calgary