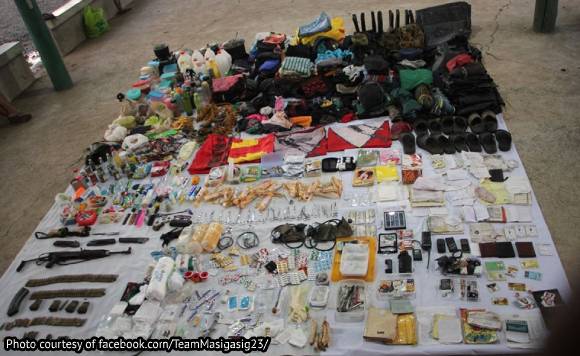 In a press release on Saturday, the Army’s 23rd Infantry Battalion (IB) said soldiers were sent to Sitio Kawayanan in Barangay Nongnong here after the military received information about the presence of NPA gunmen in the area.

Lt. Col. Francisco L. Molina, 23IB commander, said the residents were worried that the rebels were planning to extort money from them after receiving their government aid.

“At this point in time, the terroristic act of the CNTs (communist NPA terrorists) is unacceptable, especially the government and the people (are) facing crises brought about by (the) Covid-19 (coronavirus disease 2019) pandemic. The support from the government for those affected by the crises should not be extorted and taken away from them,” Molina said.

He said the responding troopers clashed with about 15 rebels, who scampered to different directions after the five-minute encounter.

“Traces of bloodstains in the position they abandoned suggest that some of the rebels were wounded,” Molina added.

“A concerned civilian provided our trooper with a sketch pinpointing the exact location of the rebels,” he said, thanking the locals for their support for the Army.

Molina also called on the NPA to stop harassing government personnel involved in releasing the SAP assistance, which aims to ease the impact of the Covid-19 crisis on poor families.

In a separate interview, 1Lt. Roel Maglalang, 23IB civil-military operations officer, said government troops have been actively involved in the distribution of SAP and other relief goods since the lockdown started last month.

Maglalang said 23IB troopers are also assigned to checkpoints and other critical areas to secure front-liners.

The NPA is listed as a terrorist organization by the United Kingdom, the European Union, the United States, Australia, Canada, New Zealand, and the Philippines. (PNA)