No proof of suicide bombing in Lamitan – AFP 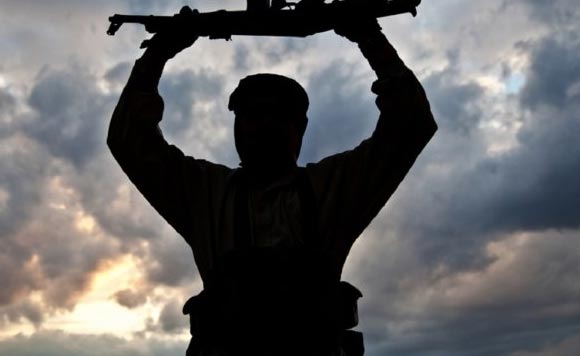 There is still no evidence indicating that the Tuesday blast in Lamitan City, Basilan that killed 10 persons and wounded seven others was the work of a suicide bomber, Armed Forces of the Philippines (AFP) spokesperson Col. Edgard Arevalo said Friday.

“Gusto ko pong linawin na sa ngayon po e wala naman po tayong indication na nagsasabi na this is a matter of suicide bombing (I would like to make it clear for now that there is no indication that the Basilan blast was a suicide bombing),” Arevalo said in a radio interview.

He said many factors could have contributed to the explosion, including the possibility that the still unidentified driver of the intercepted van transporting the improvised explosive device (IED) could have panicked after seeing the soldiers at the checkpoint.

The AFP spokesperson added that the military also believes that the van driver, who was among the 10 persons killed in the blast, was not the bomber but only a courier of the IEDs.

Intelligence reports showed that the Abu Sayyaf Group is planning to deploy the explosives in populated areas in Lamitan City.

Arevalo said it is also possible that a companion of the courier, who acted as a “sweeper”, could have detonated the IEDs upon seeing the courier was intercepted by soldiers at the checkpoint.

Another explanation, he said, is that the cellphones of the responding soldiers and militiamen could have set off the IEDs as they were preparing to inspect the vehicle and the driver.

Meanwhile, Arevalo urged the public not to speculate on the matter, adding that an investigation is ongoing as of this time.

Also killed in the explosion were a soldier, four militiamen and four civilians, who were dependents of militia.

The van exploded while the troops were about to inspect the vehicle at a checkpoint in the boundary of Barangays Bulanting, Colonia and Maganda in Lamitan City. (PNA)