No hugs, beso-beso! Duterte visits famlily in Davao City after 2 months in lockdown in Malacanang 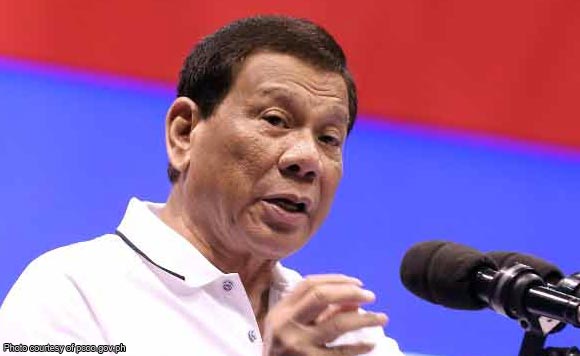 “Yes. He (Duterte) is in Davao for a visit after more than two months of not being able to see his family,” Presidential Security Group commander Col. Jesus Durante III said in a text message.

Durante said Duterte will return to Manila to meet with the members of the Inter-Agency Task Force for the Management of Emerging Infectious Diseases (IATF-EID).

“He will be back for the next IATF meeting,” he said.

Durante, however, did not mention as to when the next IATF-EID’s meeting will be held.

He was supposed to return to his hometown, Davao City, on April 7 to join his family in celebrating the 16th birthday of his youngest child, Veronica, on April 10.

Duterte, however, decided to stay in Manila for over two months to monitor his administration’s response efforts to arrest the spread of the coronavirus disease 2019 (Covid-19).

Metro Manila and the provinces of Laguna, Bataan, Bulacan, Nueva Ecija, Pampanga, and Zambales were placed under modified ECQ (MECQ) from May 16 to 31, based on Resolution 37 inked by the IATF-EID on May 15.

Only the cities of Cebu and Mandaue remained under ECQ.

All places nationwide that are not under ECQ or MECQ were placed under general community quarantine (GCQ).

During the Laging Handa program on Saturday, Presidential Spokesperson Harry Roque said all areas in the country are not considered being under the “new normal.”

Roque said GCQ needs to be first reclassified as modified GCQ before an area can experience the new normal.

Selected establishments, offices allowed up to 50% capacity in Surigao City –…