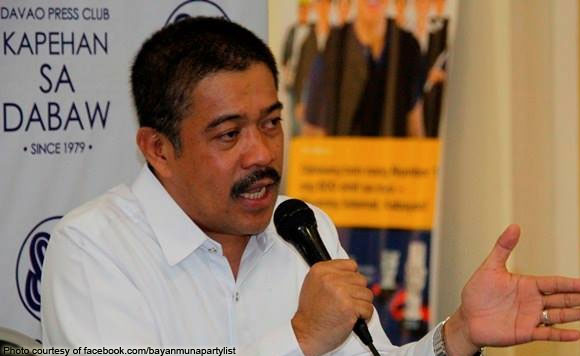 In a statement, Zarate urged his colleagues to thumb down the bill when it is discussed in the plenary next week.

“It can be seen that there is a fiscal bias for single professionals while those with dependents are taxed more. Also, they made it mandatory to present the certificate of tax payment or the income tax return (ITR) for the Professional License Renewal,” he said.

Under House Bill 5636, personal income tax rates will be lowered but new taxes will be imposed on petroleum products and automobiles. Estate and donor taxes will also be at a flat rate of six percent.

The bill, which passed the House Ways and Means committee recently, also proposes the removal of several exemptions to paying taxes, such as those given for housing and cooperatives.

In addition to favoring singles, Zarate said the poor and middle class will be hurt more by the imposition of new taxes.

“This bill will definitely hit the poor hard because it would mean higher prices of basic goods and services. Another adverse effect of this bill is that it will also hit the middle class hard,” he said.