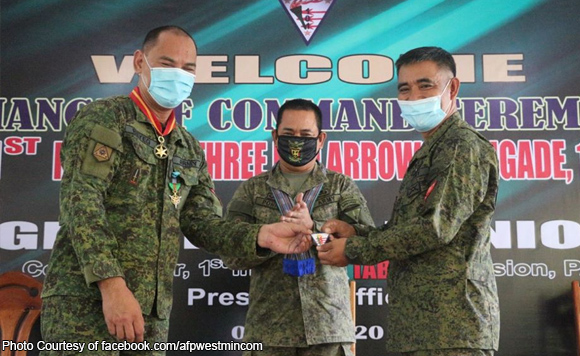 Gobway, in a message during the change of command ceremony held at the headquarters of 101st Brigade, Camp Luis R. Biel II, Tabiawan, Isabela City, thanked the leadership of the Armed Forces of the Philippines (AFP) for the trust and confidence given to him.

“As I assume command of this Brigade, expect that we will work as a team and together we will outsmart our enemies and put premium in working hand-in-hand with our stakeholders,” he said.

Gobway replaced Brig. Gen. Fernando M. Reyeg who will assume as the Assistant Deputy Chief of Staff for Education and Training, AJ8.

Gobway is a member of the Philippine Military Academy “Bigkis-Lahi” Class of 1990.