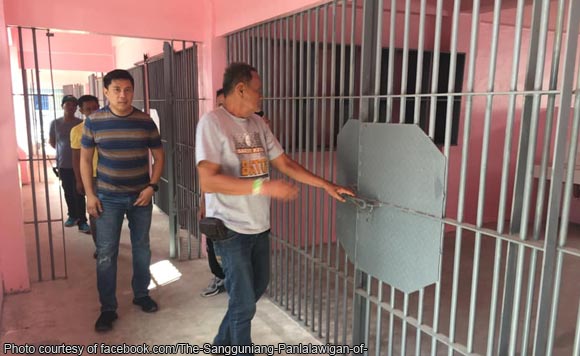 The provincial government of Lanao del Norte has turned over the newly constructed jail facility to the Bureau of Jail Management and Penology (BJMP) Region 10.

The two units of two-storey jail facility was built at 5,000 square meter lot at Lower Sagadan, Municipality of Baroy.

Khalid, who was then the governor of the province, recalled that members of the Commission on Human Rights (CHR) told him that the old facility was a violation of human rights as diseases had infected the inmates.

This prompted the local officials and BJMP to work hard to come up with a new jail facility.

Baroy Mayor Rosa D. Olafsson donated the 5,000 sq.m. lot to BJMP, while then Governor Khalid, with the support of the members of the Sangguniang Panlalawigan, committed to help for the construction of the new building.

All set for Bangsamoro gov’t inauguration! Duterte to grace the event

VG Ace Cerilles is one proud dad to his debutante