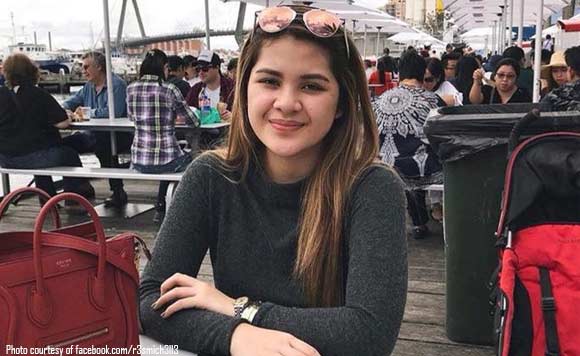 The Presidential apo certainly have an expensive taste in fashion!

Daughter of Paolo ‘Pulong” Duterte, Isabelle, who is currently at the center of controversy involving her pictorials done at the Malacanang halls, became the subject of a netizen named ‘Res Michelle’ on Facebook, who decided to itemize her million peso OOTD. On hRes Michelle’s Facebook post, her estimate of Isabelle’s outfit and accessories amounted to a total of 1.3 million pesos.

Isabelle, however, has been known to sport branded and luxury bags and accessories, as showcased on her social media accounts. On a photo last April 2017, the young showbiz newcomer can be seen with her 26 by 14 hand carry Celine designer bag, which has a price tag of 2,250 euros or approximately P137,000.

Is this teen going to replace Jinkee Pacquiao’s extensive collection of luxury items?

Dumbfucks! Isabelle Duterte reacts to rumors of her ‘real’ age

Gwapito! Uno Duterte looks a lot like his mom