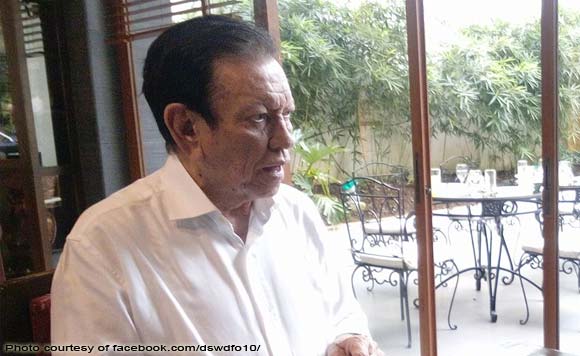 Millions of the country’s tribal peoples, including the “lumads” (native inhabitants) of Bukidnon and Northern Mindanao, will be at the losing end once the P1,000 budget approved by the House of Representatives for the National Commission on Indigenous Peoples (NCIP) for 2018 sees the light of day, said Governor Jose Maria Zubiri Jr.

One of the essential services that would be adversely affected was the processing of titles for certificate of ancestral domain claims (CADC), Zubiri said, pointing out that review of such applications require hefty budget for NCIP due to the technical work.

“It saddens me,” the governor said, “because 36 to 37 percent of the 1.4 million people in Bukidnon are lumads and they are the poorest.”

As the chair of the Regional Development Council for Region 10, Zubiri said he would push Congress to “reconsider its decision.”

“I would like to appeal for compassion from the members of Congress. The budget should be appropriated for whatever agency that will receive it,” he added.

The Lower House was supposed to approve the proposed P1.13 billion proposed budget for the NCIP.

To complement the national budget for the province’s Indigenous Peoples, Zubiri said his administration has green-lighted the release of about P10 million to help Bukidnon’s indigenous peoples in processing their ancestral domain claims.

“That (P10 million) is not even enough, he said, pointing to the costs such as payment for surveyors, processing of pertinent documents, among others.

Zubiri considered the move of the House of Representatives as inappropriate since he knew how Congress worked, having served as congressman for 11 years.

Zubiri said if the NCIP cannot fulfill its mandate due to budgetary constraints, it may lead to more discontent among the IP groups not just in Mindanao but in other parts of the country.

In Bukidnon, for instance, most of the members of the New People’s Army (NPA) belong to the lumad communities, and if the budget of the NCIP will be slashed, it might lead to more lumads joining the Communist guerrilla movement.

He said the last thing that the government needed was the further escalation of hostilities between the insurgents and government forces.

Zubiri said he was hopeful that President Rodrigo Duterte would put his foot forward to ensure the P1,000 budget for the NCIP will not be enacted.

“I am sure that President Duterte will never allow it. I am sure he will veto it,” he said.

Meanwhile, lawyer Pinky Grace Pabelic, NCIP-10 regional director, refused to comment on the controversial budgetary allocation, but said she will leave it to NCIP chair Leonor Quintayo to make the necessary moves to ensure the P1.13 billion budget for the agency to be realized. (PNA/Jigger J. Jerusalem)