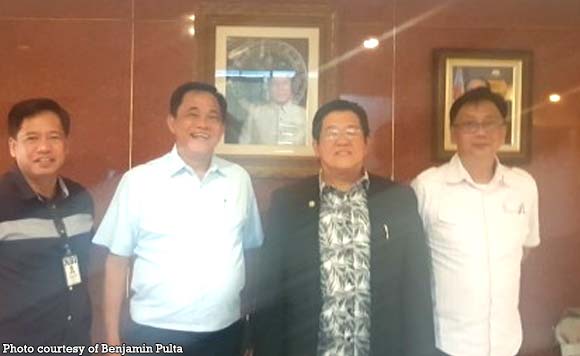 The National Bureau of Investigation (NBI) has assured prompt action on criminal charges for economic sabotage filed by special envoy to China William J. Lima against local brokers of an international aid group, which has been allegedly dumping medical wastes and defective medical equipment into the country for the past 12 years.

“Let us act on this immediately,” NBI Deputy Director Vicente de Guzman III told detectives during a one-on-one meeting with Lima in connection with the complaint the latter filed involving the local broker and consignee of United States-based World Medical Relief Inc.

The NBI is looking into the liability of the US-based group, working with local counterparts led by Mindanao-based businessman David Zarate, which has managed to ship an estimated P45 billion in unusable and discarded medical equipment and supplies, including dialysis machines and expired medicines.

During the 12-year period, around 100 hospitals – mostly in Mindanao – received the “donations” of around 150 containers a year with a declared value of P25 million each.

Lima’s complaint pointed out that the last shipment from the company was P36 million worth of “cancer medicine”, which managed to enter the country without the necessary permits from the United States regulatory offices as to their legitimacy.

Lima also told the NBI that some hospitals as far as Bulacan received the discarded medical equipment.

The NBI is now looking into possible long-standing collusion by rogue agents in the Bureau of Customs in allowing the dumped medical wastes into the country.

Last May, President Rodrigo Duterte ordered the return to Canada of 69 containers full of waste, which were illegally dumped in the country in 2013.

The waste, some of which were declared as recyclable plastics, was mixed with other refuse and other low-grade dirty plastics, rendering it unusable.