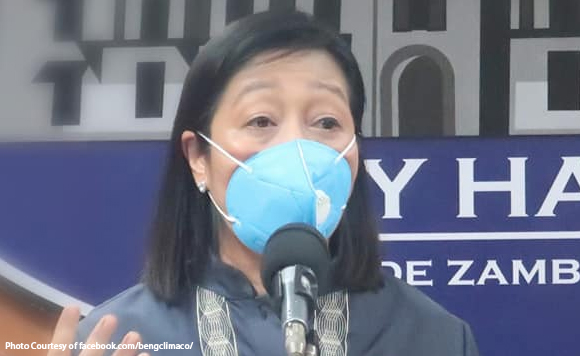 The national government has reminded Zamboanga City Mayor Beng that mass gatherings are still prohibited on the occasion of the Feast Day of Nuestra Señora La Virgen del Pilar.

According to the mayor, she received separate letters from National Task Force Against Covid-19 and Vaccine Czar Carlito Galvez Jr. and Department of Interior and Local Government Undersecretary Epimaco Densing regarding the matter.

In Galvez’s letter, she said the former cited that due to the serious Covid-19 situation in Zamboanga City, the healthcare system is overwhelmed and medical frontlines are exhausted.

Densing, on the other hand, said that although the celebration of the Fiesta Pilar is a yearly event, such gathering may be a “super spreader event” that may worsen the situation in the city.

But Climaco said the National Inter-Agency Task Force has granted her requests that people be allowed to enter the Fort Pilar Shrine to light candles and say prayers and to allow the conduct of the pontifical mass although to be live streamed only.

“We are in solidarity with the Archdiocese of Zamboanga as we journey towards a solemn, meaningful and safe celebration,” she said.