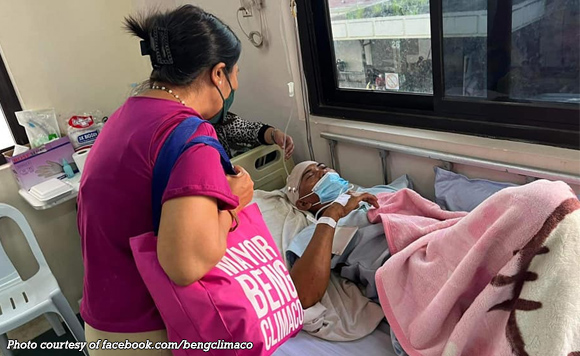 Zamboanga City Mayor Beng Climaco has assured the city government’s support and medical assistance to an employee of the Office of the City Environment and Natural Resources (OCENR) who was injured in the line of duty.

The mayor visited Edison Faustino Delos Reyes at the hospital last Wednesday, May 18.

Delos Reyes, a job order employee of the OCENR assigned to guard the city’s conservation site of the mangrove forest in Talon-Talon, was mauled and hacked by poachers whom he caught in the act of cutting bakawan trees in his area of responsibility Tuesday night, May 17.

The suspects remain at large but the police have launched manhunt operations.

On Sunday, May 22, the mayor visited the site where the incident happened and together with OCENR head Engr. Rey Gonzales and staff and acting City Director Pol. Col. Alex Lorenzo discussed measures to intensify security in the area.