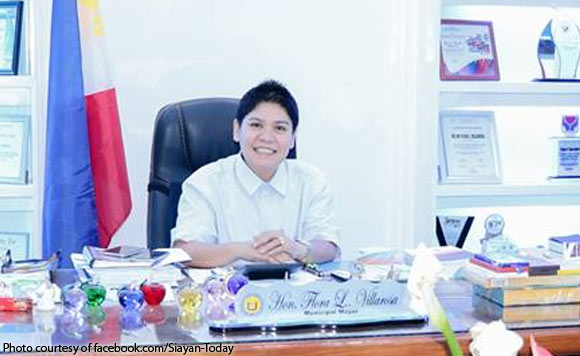 Siayan, Zamboanga Del Norte Mayor Flora Villarosa faces a murder and arson complaint for killing a man and burning down his house in 2017.

The National Bureau of Investigation (NBI) filed the complaint before the Department of Justice (DOJ) against Villarosa based on the testimonies of her two henchmen who participated in the crime.

Apart from Villarosa, those who have been named as respondents in the complaint include Barangay Captain Josecor Gepolongca and her two former henchmen, Ernie Lumusco and Roy Maronse Balayong.

The case stemmed from the Sept. 2017 killing of Restituto Sasuman and the burning of his house.

“The sworn statements of Ernie Lumocso and Roy Balayong clearly revealed that Mayor Flora Villarosa and Atty. Gepolongca planned and ordered the killing of Restituto Sasuman because the latter’s vehement refusal to vacate the disputed land, caused their difficulty to pursue the construction of the intended government projects thereat,” said NBI Director Dante Gierran in the complaint

“Further, the allegations of Ernie Lumocso that they poured gasoline inside the house of Sasuman before setting it on fire and that they used a motorcycle as a getaway vehicle to escape towards the direction of the Municipal Hall, were all corroborated by the sworn statement of Gil Plazos,” he added.