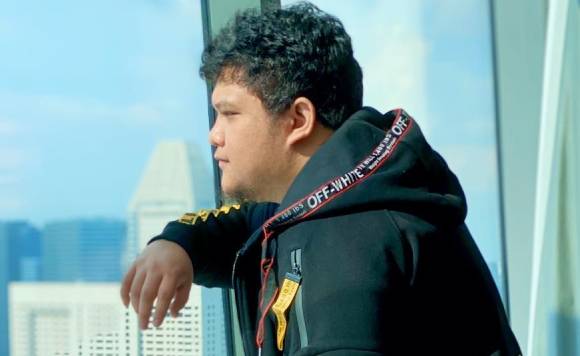 President Rodrigo Duterte’s grandson has apologized for not following the protocols when he went shopping at S&R branch.

Omar Duterte, on his Facebook page, said sorry for not washing his hands before entering the establishment.

However, he said he and his companions were already wearing gloves and followed proper hand hygiene by the time they arrived at S&R.

“To those people who felt I should have followed protocol whilst being fully gloved, I’m sorry. If I had known that it shouldn’t be seen as comedic to wash your hands moments after putting on gloves, I would have gladly just washed my hands and followed the protocol. I know this is not a laughing matter and for this, I cannot begin to express the great feeling of remorse of not following the protocols thinking that the gloves were enough. For this, I’m sorry,” he said.

He also said that it was “insensitive of me to buy” food, such as shrimp, cajun spice, lemons, white vinegar, and some bottles and a six pack of beer.

But he said he just wanted to cook at home and have some drinks to celebrate the first wedding anniversary with his wife.

“I already had in mind that a home-cooked meal and a glass of wine at home would be the perfect celebration due to the dire times we are facing with the Corona Outbreak. But I now know that this was wrong,” Omar said.

“Trust me in saying that if I had known before, that cooking your dinner at home with your family and staying at home to celebrate your anniversary with your family was seen as a luxury, I would have chosen to sleep instead,” he added.

Omar’s father, Deputy Speaker Paolo Duterte has also said sorry for the behavior of his son and “his impertinence shall be dealt with accordingly.”

In his statement, the lawmaker apologized for his son for not lining up “to conduct the stringent screening requirements of the establishment.” #