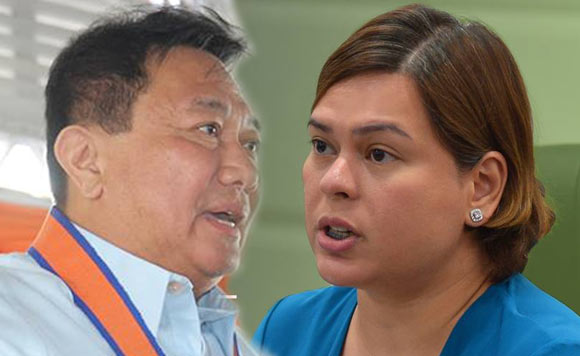 Aside from thanking President Rodrigo Duterte, chair of the ruling PDP-Laban, his political party also, Alvarez also expressed gratitude to Duterte-Carpio, chair of Hugpong ng Pagbabago (HNP), for her leadership in making sure that the recent elections in Davao del Norte were peaceful, orderly and fair.

“Now that elections are over, I offer my hand in peace to heal our deep and divisive wounds,” he said.

“Borrowing the words of a statesman from an era long past: A house divided against itself cannot stand… though passion may have strained, it must not break our bonds of affection. We are not enemies, but friends. The mystic chords of memory will swell when again touched, as surely they will be, by the better angels of our nature,” he added.

Alvarez also urged Duterte-Carpio to rally together for the cause of unity and progress in Davao Region and the country.

“Let us consolidate our efforts in making true change and uplift the lives of our countrymen,” he added.

Duterte-Carpio’s HNP had filled its own candidate in the 1st District of Davao del Norte.

The presidential daughter was allegedly behind Alvarez’s ouster as House speaker in July last year.

Alvarez, shortly after winning in the recent polls, admitted that he would lie if he would deny that he was interested again to be the speaker of the House.