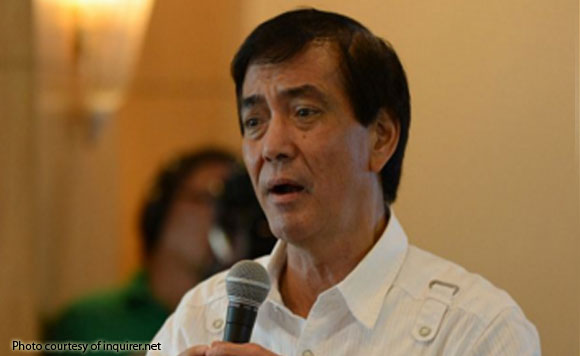 Suspended Cebu City mayor Michael Rama has forgiven the businessman who called him a drug protector.

Rama went to the Cebu City Regional Trial Court Branch 23 to withdraw the libel complaint he filed against James Philip Tiongko after the latter personally apologized to him.

“The accused, after realizing his grave mistake, has already asked for forgiveness from me and in fact had issued a written apology which I accepted,” a portion of Rama’s affidavit of desistance read.

The case was filed way back 2010 when Tiongko, then the executive director of the group Krusada Batok sa Droga, alleged that Rama is a “public enemy number one” for protecting a convicted drug pusher.

Only last July, Tiongko submitted to the court a letter of apology he sent to Rama.

He also made a verbal apology to the mayor and the latter asked him to put it into writing.

“So I say that if my actions and words have caused you and your family hurt, anger, embarrassment, and shame, I offer my sincere apologies. And to you ‘Mike’ I say sorry,” Tiongko wrote in his letter.

No ‘BFF’: Hataman says BIFFs are cowards for killing civilians