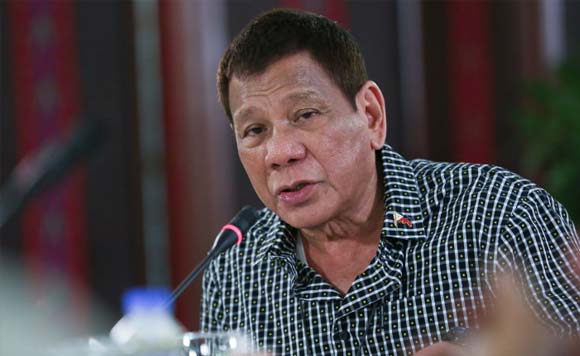 Marinduque Rep. Lord Allan Velasco on Friday said President Rodrigo Duterte felt the two of them had been “fooled” by Speaker Alan Peter Cayetano after the latter maneuvered to get out of the term-sharing agreement.

Velasco said he understood Duterte’s frustration because during their Sept. 29 meeting in Malacañang together with Cayetano and Senator Bong Go, the President asked Cayetano to resign on Oct. 14 and the latter agreed.

“Sabi niya kay Speaker Cayetano, ‘Alan, ok na. Oct. 14, you will resign. You will announce that on Oct. 14 you are resigning because you abide by the gentleman’s agreement.’ After that, nag-shake sila ng hands,” he said.

Velasco reiterated his appeal to Cayetano to reopen the session and resume the budget deliberations so the House can adhere to Duterte’s request to pass the budget on time and do it legally and constitutionally.

“The President’s message last night was loud and clear. Kitang-kita natin na he just wants the budget to be passed on time; not just on time ang gusto ng Pangulo, it has to be constitutional, it has to be legal,” Velasco said.

In a television address Thursday night, Duterte called out members of the House of Representatives not to allow their leadership “impasse” affect the passage of the P4.5-trillion national budget for 2021.

On October 6, Cayetano abruptly terminated plenary deliberations, approved the budget bill on second reading and suspended the session until November 16, in an apparent move to prevent any attempts to unseat him on October 14, the date set for Velasco’s takeover.