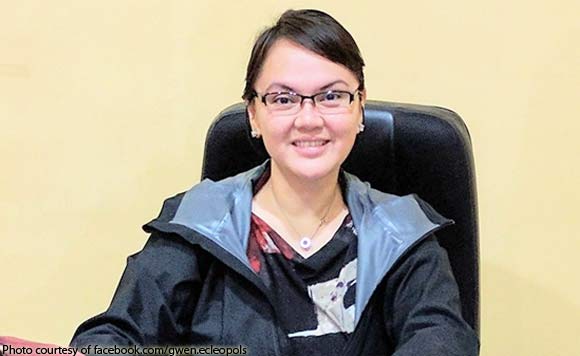 Probable cause have been found by the Office of the Ombudsman to charge former Dinagat Islands Mayor Gwendolyn Ecleo with three counts of perjury as penalized under Article 183 of the Revised Penal Code.

The charges against the politiko comes after the Ombudsman found several misrepresentations in the respondent’s Statement of Assets, Liabilities and Net Worth (SALN) for the years 2006, 2007 and 2010.

Official records from the Land Transportation Office showed that Ecleo purchased and registered five motorcycles in 2006.

None of these assets, however, were declared in her SALNs.

Ombudsman Conchita Carpio Morales stated in the resolution that, “without doubt, respondent asserted a falsehood here when she omitted the foregoing vehicles in her 2006, 2007 and 2010 SALNs with the intent that these statements should be received as truth despite their falsity. To be sure, she is legally bound to file true and detailed SALNs. That her SALNs were prepared by Dinagat’s Human Resource Office personnel does not justify her failure to make true, complete and accurate declarations therein. In fact, this proves that she was consciously ignorant of her SALN’s truthfulness.”

Perjury is committed by a person for omitting to declare material information that is required to be made under oath.

Not my husband! Inday Sara lashes out at ex-radioman