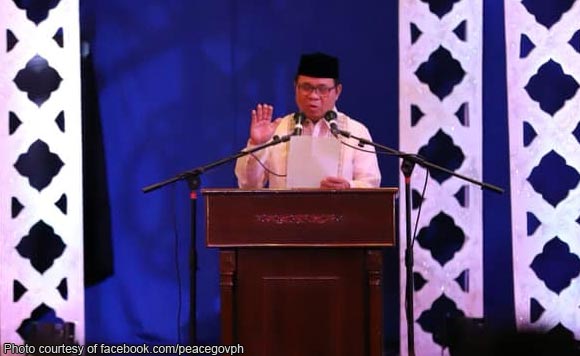 Bangsamoro Government Chief Minister Al Haj Murad Ebrahim has urged the new Bangsamoro parliament to prioritize the approval of a transition plan for the region.

Ebrahim made the call during the first session of the parliament Friday, March 29.

He said the transition plan “will define the organizational structure of the BARMM (Bangsamoro Autonomous Region in Muslim Mindanao) and the gradual phasing out of offices.”

He said their programs would be anchored on the five pillars of education, health, economic development, strategic infrastructure, and moral leadership.

“These thrusts in education, health, and economic development must be complemented with responsive strategic infrastructure in the region such as ports, road network, flood control, and logistics and communication facilities,” he said.

Former Deputy Speaker of the House of Representatives Atty. Pangalian Balindong was elected as the speaker of the parliament, while Hatimil Hasan was named as his deputy speaker.

Sheikh Kalifa Usman Nando was appointed as the Wali (ceremonial head) of the Bangsamoro Government.