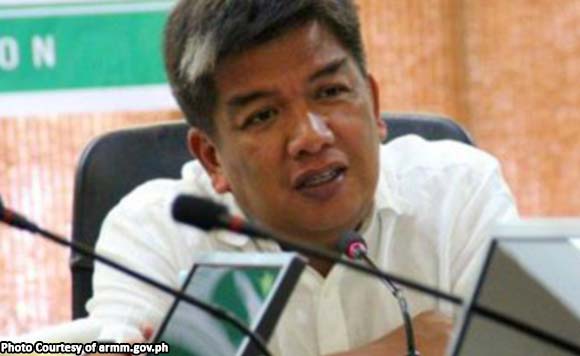 Former governor Mujiv Hataman of the defunct Autonomous Region in Muslim Mindanao (ARMM) on Tuesday vowed to continue his advocacy against political dynasty.

Hataman issued the statement as he, his wife, and brother are ahead in the unofficial election results against their respective opponents in the May 13 mid-term elections in Basilan province.

He said he has been supportive of and has co-sponsored the anti-dynasty bill even when he was still the Anak Mindanao (Amin) Party-list congressman.

Hataman vowed to remain firm in his anti-political dynasty advocacy once he officially assumes his post as representative of the lone district of Basilan at the House of Representatives.

“We filed our candidacy not being an Hataman. We ran to provide option
to the electorate whom to vote,” he said.

The former ARMM governor is leading by a wide margin against his opponent in the congressional race.

Sitti Djalia Hataman, the wife of the former ARMM governor, is also leading in the mayoralty race in Isabela City, capital of Basilan.

Alfiya, who is currently a provincial board member, is the daughter of the late Wahab and Jum Akbar, who had both served as Basilan governor and lawmaker.

Omar is a cousin of Alfiya while Cherrylyn is the second wife of the late Wahab.

Hataman said he supports the anti-political dynasty since “we did not come from a political family.”

He said they started serving the public as “social workers,” providing assistance to displaced families as members of the Moro Human Rights Group, a non-government organization. (PNA)

Duterte doesn’t have to tell Sara, everybody wants her to run – Panelo