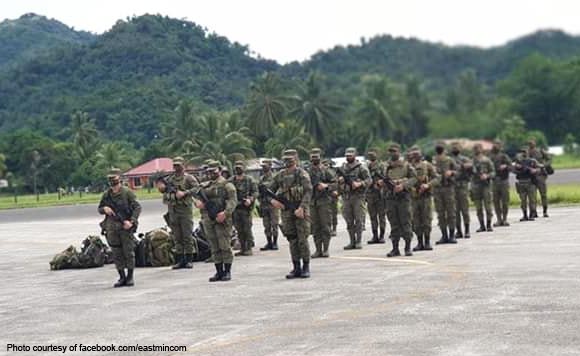 The Armed Forces of the Philippines (AFP) has deployed additional forces in Caraga Region to fight the communist New People’s Army (NPA).

According to Eastern Mindanao Command (Eastmincom), Army’s 901st Infantry Brigade (IB), formerly operating in some parts of North Cotabato under the 10th Infantry Division, has been dispatched to Caraga, particularly in the provinces of Surigao del Norte, Dinagat Island, and parts of Surigao del Sur and Agusan del Norte.

“With the addition of new forces, the 4th Infantry Division and the Local Government Units (LGU) in Caraga Region will be able to strengthen their peace and development efforts, as they curb the remaining stronghold of New People’s Army in the Northeastern part of Mindanao,” Eastmincom said.

The said Brigade served as one of the responders during the series of earthquakes in 2019 that mostly affected their former area of responsibility.

It also assisted the North Cotabato government in building temporary shelters for the earthquake victims.