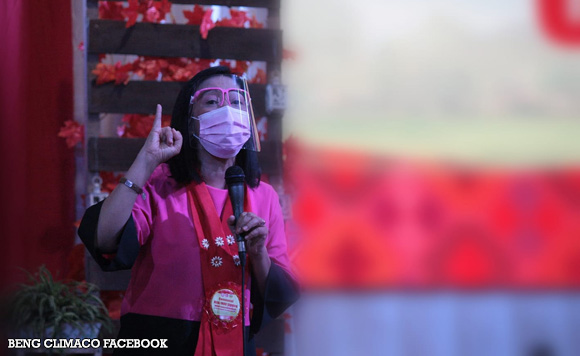 Zamboanga City Mayor Beng Climaco said that police and military authorities have tracked down the whereabouts of the 17 people from Surigao who arrived in the city but went missing allegedly to evade quarantine after one of them was tested positive for coronavirus disease.

The group accordingly boarded a Fuso motorboat that docked at the Lugus port late in the afternoon of April 7. The 17 people were intercepted by the Barangay Health Emergency Response Teams (BHERTS) and the absence of pertinent medical/test records prompted Lubus IATF to hold their movement.

The group is currently staying in a water craft of Lugus Mayor Haji Hadar M. Hadjiri, pending disposition from their end.

Climaco said the identity of the individual who was tested positive of Covid-19 was already forwarded to Tawasil for proper disposition.

The mayor earlier instructed the security forces to track down the 17 people from Surigao as she stood firm to continue the strict implementation of the “No Swab, No Entry” policy in Zamboanga City.