Mindanao checkpoints to remain even after martial law 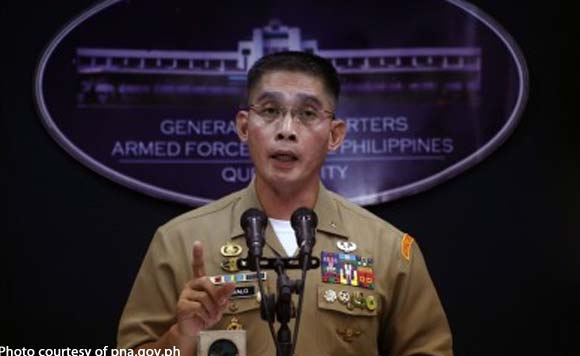 Checkpoint operations in Mindanao will continue despite the lifting of martial law by year-end.

“Well definitely checkpoints are going to continue, after all even without the martial law, checkpoints are there,” Armed Forces of the Philippines (AFP) spokesperson Marine Brig. Gen. Edgard Arevalo said in an interview with CNN Philippines’ “The Source” Wednesday.

Arevalo was responding to questions on how Mindanao will look with the lifting of martial law.

He added the military will not be putting its guard down even with the improved security situation in Mindanao.

“The AFP was among security-related agencies that were consulted as to whether or not martial law will be extended. And we’re pleased that our recommendation for the non-extension of martial law was considered by the Commander-in-Chief,” Arevalo said.

In recommending the non-extension of martial law in Mindanao, the AFP cited the following reasons: Improved security climate in Mindanao; the continuous decline of the Islamic State-inspired local terrorist groups; and the need to further promote an environment more conducive to economic activities as it did in terms of increase in trade and commerce in Mindanao.

“We will continue to collaborate with local chief executives, and the people in the communities in the conduct of our current activities to sustain these gains brought about by martial law,” Arevalo said.

He added the AFP will continue to pursue its advocacy towards the amendment of the Human Security Act into an Anti-Terrorism Law that will not be too restrictive to security forces but has more teeth to prevent or counter-terrorism.

Martial law in the southern part of the country will expire on December 31.

Presidential Spokesperson Salvador Panelo said Duterte was optimistic that state forces are on top of the situation to maintain peace and order in Mindanao even without the implementation of martial law.

He likewise assured Mindanao residents that any impending major threat in the besieged region “would be nipped in the bud”. (PNA)