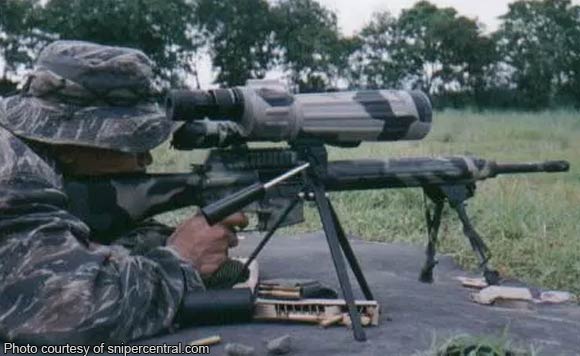 0 649
Share
Want more POLITIKO News? Get the latest newsfeed here. We publish dozens and dozens of politics-only news stories every hour. Click here to get to know more about your politiko - from trivial to crucial. it's our commitment to tell their stories. We follow your favorite POLITIKO like they are rockstars. If you are the politiko, always remember, your side is always our story. Read more. Find out more. Get the latest news here before it spreads on social media. Follow and bookmark this link. https://goo.gl/SvY8Kr

A military’s sniper company has been activated in Maguindanao.

The activation of the company is a force multiplier to provide sniping capability to the Infantry Battalions of the Division for them to be more effective and efficient in accomplishing their respective assigned combat missions, military’s Western Mindanao Command (Westmincom) said.

It also aimed to enhance the capability of land defense and support combat operations with minimum risk involved as well as conduct reconnaissance and surveillance operations to the supported unit, it added.

The 61st DSC is composed of personnel who are sniper-qualified and qualified rifle experts who will undergo regular organizational training to further enhance their skills and capacitate them with the required needed skills.

A ceremony for the 61st DSC was held on October 28 at Kampilan Grandstand in Camp Siongco, Awang, Datu Odin, Sinsuat, Maguindanao.

Toll in Philippine quakes climbs to 21